Zoom the image with the mouse

(No reviews yet) Write a Review 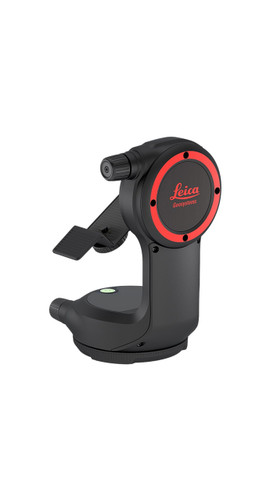 Designed specifically for Leica instruments, the Leica DST 360 Adapter easily converts the Disto X3, Disto X4, and BLK3D Imager from a handheld tool into a sturdy measurement station. This bracket provides precise P2P measurements or distance measurements between any two points from a single position. It exchanges measurement data with the device to allow horizontal and vertical angle measurements.

The Leica DST 360 Adapter is made entirely of metal, making it robust and perfect for outdoor use. Some of its features and capabilities include a measure plan, measure facade, leveled measurement, and smart area measurement.

The Leica DST 360 Adapter is available in two models and package options to accommodate all measuring needs. Please select your preference from the menu above.

This product hasn't received any reviews yet. Be the first to review this product!
Write a Review

Returns Policy
You may return most new, unopened items within 30 days of delivery for a full refund. We'll also pay the return shipping costs if the return is a result of our error (you received an incorrect or defective item, etc.).

You should expect to receive your refund within four weeks of giving your package to the return shipper, however, in many cases you will receive a refund more quickly. This time period includes the transit time for us to receive your return from the shipper (5 to 10 business days), the time it takes us to process your return once we receive it (3 to 5 business days), and the time it takes your bank to process our refund request (5 to 10 business days).

If you need to return an item, simply login to your account, view the order using the "Complete Orders" link under the My Account menu and click the Return Item(s) button. We'll notify you via e-mail of your refund once we've received and processed the returned item.

Shipping
We can ship to virtually any address in the world. Note that there are restrictions on some products, and some products cannot be shipped to international destinations.

Please also note that the shipping rates for many items we sell are weight-based. The weight of any such item can be found on its detail page. To reflect the policies of the shipping companies we use, all weights will be rounded up to the next full pound.

Ask the Capital Expert anything on capitalsurveyingsupplies.com